¿What is Modular Architecture?   Modular Architecture can be understood as the design of any system composed of basic components (modules) that can be connected together, most of the cases through interlocking.  The basis of modular architecture is that modules can be added, taken-off or replaced or without affecting the rest of the system. […] 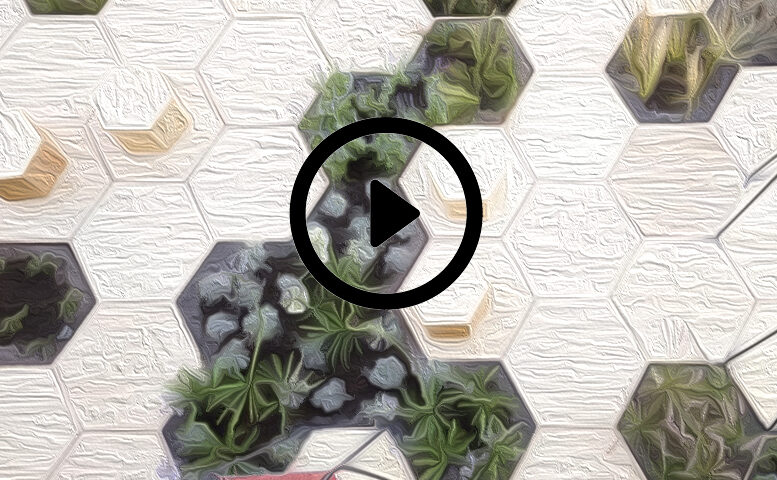 Throughout this chapter on Cuban economy we aim to provide the reader with a set of tools to analyze the current economic conjuncture of Cuba.  For this purpose, we will first present a brief introduction to the economic history of the island, outlining the most important economic milestones in Cuban economic development since the Spanish […]

Design–build per definition is a project delivery system used in the construction industry. It is a method to deliver a project in which the design and construction services are contracted by a single entity known as the design–builder. In the  traditional approach for construction projects, the client separately hires the contractor and architect and the […]

According to the Koppen-Geiger climate classification map (Beck et al. 2018 ), Cuba experiences three major climates across its territory. Savannah (also referred to as Wet and Dry Tropical) climate is by far the most predominant. This is followed by Monsoon Tropical climate and Tropical Rainforest climate which are experienced at micro- scale localisations in […]

Bio-climatic construction and design processes are based on a climate and environmental aware architectural practice oriented to achieve an efficient use of energy during a building’s lifetime.  The term ‘bio-climatic architecture’ was coined by the architects’ Victor and Aladar Olgyay in the early 1960s at the School of Architecture and Urban Planning of Princeton University. […]

It seems like the obsolete figure of the “star-architect” begins to falter in order to give presence to an emergent call coming from a social part that is not represented in conventional practices. As far as the social gap towards a more unequal society grows, similarly, a parallel need to reconnect with all the social […]

Public spaces play an important role for urban life in Latin America and the Caribbean (LAC). Offering space for all activities related to social life like politics, communication, trade, representation, religion, sports and leisure. The public space symbolizes the society of its formation and has changed significantly over the last 700 years in the continents […]

The Cuban political singularities had not been indifferent to the rest of the world since their final emancipation 61 years ago. The island created a stable and robust enclave, openly communist and anti-imperialist, 90 miles away from the US, its former colonizer and perhaps the most notorious representative of the capitalist system. During this time, […]

Housing plays an integral part in our everyday lives, and has the ”unique capacity to define urban form and the character of the city”  Generally, Social Housing is understood as a residential project for those who could not otherwise afford accommodation, which is either built by the government or a non-governmental organisation. Residents can purchase […]

The largest of the carribean islands, Cuba is situated between the Carribean Sea and the North Atlantic Ocean. The country is made up of 15 provinces, and its capital and most populous city is Havana, or “Habana” in Spanish.1 The geographic coordinates of Cuba are 21°30 N, 80°00 W.2 The country has a total area […]

There is a variety of beliefs in Cuba that reflect different cultural elements. The main religions in Cuba are the Christianity of the Roman Catholic Church, the Santería and numerous Protestant denominations. However, the current figures on the spread of religions within Cuba are divergent. According to one, 57% of Cubans are baptized Catholics, while […]

In order to understand the current state of media violence within Cuba, we need to look back to 1958. The media made a significant contribution to the Cuban revolution and the overthrow of the then ruling dictator Fulgencio Batista. While Batista assured the international press that the guerrilla army surrounding Fidel Castro and Che […]

This essay is an analysis about massive construction and prefabricated systems with the focus on Cuba during the first years of Revolution until now. Our main goal is to explain the variety of formal and structural alternatives found by architects and city planners as an answer to the challenge of constructing big projects with […]

What is Low-Tech? Generally simple construction or low-tech architecture encompasses structures that are simply built using local, natural materials and use passive solutions for climate control. However, the definition varies greatly depending on context and culture. Technology or materials that are considered ‘simple’ in some countries may be hard to get or foreign in others. […]

Loam is part of the upper area of the solid earth‘s crust which has been transformed over millennia under the influence of weather, flora and fauna (cf. Schroder 2018: 62). During soil formation, breakdown products of inorganic and organic substances are converted and built up into new components that are characteristic for the […]

Infrastructure in Cuba acts as a visual representation of the island‘s tumultuous history. Characterized in the first half of the twentieth century by a range of successful engineering projects such as the 1958 Havana Bay Tunnel [B3], the ensuing half century of trade embargo amounting to a near blockade imposed by the US—its nearest and […]

“The name Cuba for the largest of the Antilles Islands goes back to the name Colba. It is not known whether this meant the whole island or just the land of the Taíno in the east. Colba – as Columbus understood it during the first encounters – became the more resounding Cuba.“ (see Zeuske 2007, […]

Cuba (or Republica de Cuba) is the largest country by land area in the Caribbean. Cuba is situated just south of the Tropic of Cancer at the intersection of the Atlantic Ocean (north and east), the Gulf of Mexico (west), and the Caribbean Sea (south) [Fig1]. Haiti, the nearest neighbouring country, is 48 miles […]

This work deals with the topic of filigree construction and a possible adaptation for the architecture in Cuba. The word filgran originally comes from Latin and is composed of the words filum (Latin thread or wire) and granum (Latin grain), literally translated as “grained wire”.1 In a figurative sense, the term filigree describes a […]

The history of the Cuban education system goes back to the time of the revolution. After Fidel Castro took power in 1959, he took care of the impoverished population with the “literacy campaign” and free education. In doing so, he legitimized the socialist government and created the myth of the colossal educational system. But […]

How have architectural typologies influenced the way that humans have lived in havana, from the  XVI century until the present?     EVOLUTION OF ARCHITECTURAL TYPOLOGIES IN HAVANNA   Urban Patterns of Havana   Since its establishment by the Spanish in the 16th century, Havana, taking the advantage of the ports, started its booming […]

Pre-colonial  Agriculture has played a main role in the history and development of the Cuban island since the times of its first inhabitants, the Taínos.Their main economic activity was the harvesting of manioc and a wide range of other products such as corn, peanut, pepper, pineapple, cacao, potatoes, cotton, tobacco and jackfruit.1 The […]
nothing_found