Throughout this chapter on Cuban economy we aim to provide the reader with a set of tools to analyze the current economic conjuncture of Cuba.  For this purpose, we will first present a brief introduction to the economic history of the island, outlining the most important economic milestones in Cuban economic development since the Spanish […] 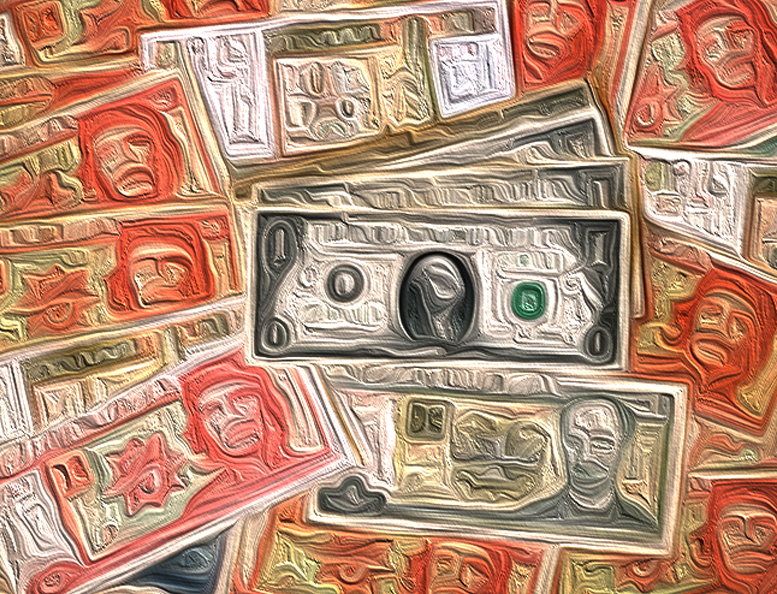 Throughout this chapter on Cuban economy we aim to provide the reader with a set of tools to analyze the current economic conjuncture of Cuba.  For this purpose, we will first present a brief introduction to the economic history of the island, outlining the most important economic milestones in Cuban economic development since the Spanish colony. From there we will proceed to explore the current economic system of the island. Throughout this section we will briefly summarize the main economic sectors and the most significant economic relations of present-day Cuba.  Thirdly, it is our attempt to discuss some important aspects of the daily life of Cuban citizens. We will do this with a brief analysis of the daily expenses of ordinary citizens . All in all, rather than describing the current situation, it is our goal that the reader finds in this text a helpful tool for understanding the trends triggering the profound systemic transformation that is taking place currently in Cuba.

Publishers comment: The author of this article did not work with quote notes. The last pages provide the reader with a list of sources on which this article refers.

Cuba’s economy is based on a socialist planned economy model controlled by a bureaucratic authoritarian state  that owning state-run enterprises. Cuba’s economy is, in many ways, difficult to compare with other countries in the presence. Cuba and Laos, are the only countries of the former soviet influence sphere that continue to follow this economic model, after China and Vietnam clearly opened their economies to the world market in the 1970s and 1990s respectively.

The main sectors of  Cuban economy are the exports of raw materials, agricultural products, as well as industrial products and services. Among the raw materials, Nickel brings the greatest profits. Cuba has large reserves of this metal and has consolidated itself as the 9th largest producer of nickel in worldwide. In agricultural terms, Cuba still has a significant sugar sector. Nonetheless, the sector has lost prominence in recent decades. Cuba was once the 1st producer of sugar in the world and its economy was almost exclusively oriented to this product, today Cuba is in place 14th. However, Cuba is highly insufficient in food matters, importing 85 to 90 % of the food that is consumed in the country. In the industrial sector, Cuba produces agricultural fertilizers and medical implements. This is due to the fact that Cuba has an important scientific innovation sector. However, the country’s main income is in the service sector. With the economic opening of the country, the remittances from relatives abroad have become a major source of revenues. Besides that, tourism continues to be of great economic value, along with the export of health professionals. Lastly, it is important to note (Fig. 10) that tourism earnings   have decreased significantly in recent years and the professional  export has become indispensable for Cuban government earning more the 13 Mio. USD a year.

As mentioned in the last chapter, Cuba faced harsh economical difficulties in the 1990s that forced the government to open to new markets during the so called ‘Special Period’. As a result, a high dollar influx overrun the  Cuban market. In order to prevent the ‘dollarization’ of the country and keep the economy of the country competitive with low production costs and high incomes from the tourism and exporting sector, a bi-monetarial system was implemented in 1994.  Since then, two different currencies are functioning in Cuba, the CUP ‘Pesos Cubano’ and the CUC ‘Pesos Cubano Convertible’. While the CUP kept circulating since the beginning of the revolution, the CUC was introduced as a dollar aligned currency oriented to the private and international market. Thus, the value of the CUC has always been set 1:1 with the US-dollar. However 1 CUC is the equivalent of 26,5 CUP. The CUP is still the currency used for the exchange of goods in the internal market. 1 CUC = 1,00 USD 1 CUC = 26,5 CUP Due to the economical disparities caused by the currency duality, since 2018 it is being discussed if the CUC should disappear. It is also important to mention that Cuban population is highly ‘unbanked’, being most of the economic exchanges realized with cash. Until recently, using the dollar and US credit cards was illegal for locals, which is no longer the case. Currently, growing sectors of population have access to dollar bank accounts.

As seen in fig. 15, Cuban economy hasn’t grown much since the 1960s. This is due to the US economic embargo on the one side, but on the other side, Cuban economy is still based principally on the extractive practices and agriculture. Contrastingly, the national GDP increased remarkably since the fall of the USSR in the 1990s.  Without the soviet support, the economic forces of the international market have forced a slow transit from the Cuban socialist economic system towards a capitalistic economy. Further, the rise in national GDP is a result of the steady growth of two ‘new’ sectors in the country’s revenues: international tourism and family remittances from the exterior. From year 2000 onwards, the Cuban’s principal revenue source shifted from agriculture to the service sector with tourism on the top. Adding to that, the Cuban market has opened more and more to private investments, which has also involved a growing sector of Cuban society. Similarly to the national GDP, the GDP per capita has also grown significantly since the 1990s. However, the overall economic situation of much of the Cuban population hasn’t improved much. The costs of living have risen significantly during the last decades and a society of economic disparities is emerging: citizens linked to the government elites, the private and service sector, as well as families receiving remittances from the exterior have a much higher standard of living.

After the nationalization in the 60s, all properties came in hands of the state. In the socialist economy, the state manages, controls, and distributes the properties and resources. In Cuba, the state is also in charge of covering many of the basic needs. Every citizen has the right to access a house, which citizens ‘own’, but don’t pay any rents or taxes. Further costs as water, electricity or gas take around 2$. In addition, there is a free access to healthcare, education and culture for all Cuban citizens, as well as to a minimally subsidized living expenses. The so called ‘Libreta de racionamiento’ provides the residents with basic associated food products, that are meant to last the whole month. However it usually only covers one week.  Similarly, the salary amount is stipulated centrally, and there is a range of differentiation depending on the labor sector. Nevertheless, the average middle state salary is around 700 CUP per month or 30$. To grasp it closely, this means 20 cent/ hour. In reality, it takes much more than salary income to cover all monthly expenses. In the Graphic shown below, the reader can appreciate that at least a three times greater amount would be needed to afford the common monthly expenses. Indeed the prices in the market are constantly raising and some products are only found in CUC. As a consequence of scarce internal production, most of the goods need to be imported and the external market prices are not accessible for a person with a common acquisitive power. This sets a great barrier for most of the citizens. Moreover, some products of first need are out of the reach in the Cuban market, which again is very conflictive when having to access them.

However, in order to afford that huge gap between the salary and the actual costs of living, the Cuban citizens found other jobs besides the formal job offer. In recent years about a half-million have become ‘cuentapropistas’, which is a Cuban term for a person who lives from his own business and is a „non-state“ worker“. Since 2010, in a period of political and economical transition, the government legitimized a self-employed sector, whereas private businesses have been always prohibited during regime. This accounts for a sector impulsed by tourism like restaurants, transport or private residences. However, this workers have to pay taxes on their profits. In the course of time, a major population sector has left the occupations related to agriculture and industry and construction, because they have acknowledged the possibility of being more productive in the tertiary sector (commerce, culture, services). Even though Cuba belongs to one of the little countries where all local inhabitants have the access to some of the vital pillars for a dignified life as education and health, which in many Global South countries are not guaranteed, other essential qualities for a prosperous life are highly problematic. One of this complexities  related to economy can be even found on education. When a Cuban citizen achieves a professional degree, this person is aware that their standard of living will be lower than the standard of someone working on tourism. This sets a major difficulty on the life planning of many Cubans: the boundaries of the system tend to be way too tight.

Due to the current political situation in Cuba, the economic changes that the country is experiencing are gigantic. Talking with Cuban friends and family we noticed that it is difficult to give a status quo to the Cuban economy at present, since the economic framework of the country is changing rapidly. This is the result of a renewal of the political class and the constitution of 2019, as well as other changing vectors explained along this chapter. During the last months, for example, forms of private property have returned to the market and self-employment is becoming a possibility again. In addition, the Cuban economy is marked by a constant rate of immigration and a considerable decline in the birth rate. This has created a strong demographic barrier to economic growth since the 1990s. Finally, it is also important to observe how Cuban economy will react to the current situation of pandemic. The tourism sector has been greatly affected and the pandemic has brought back questions of food sovereignty, as the supply chains have been re-figured during the last months. In our view, this two issues might trigger further transformations in Cuban economy in the long term.