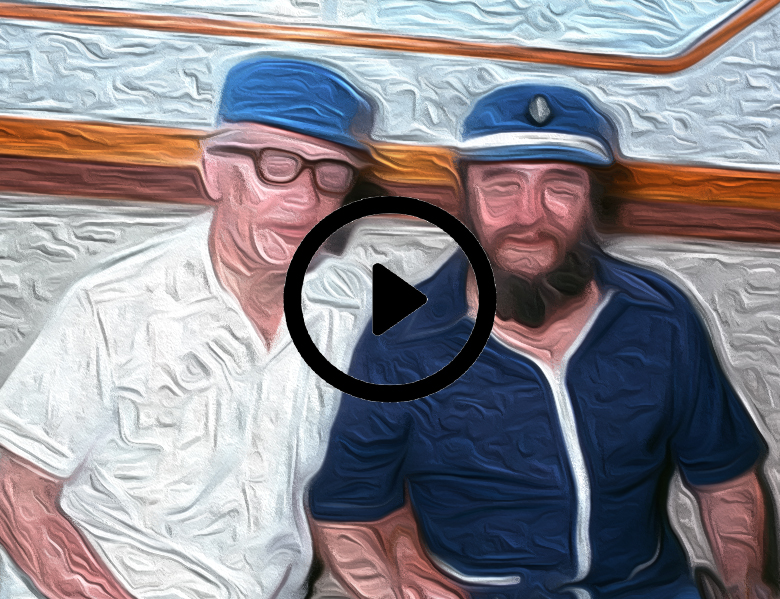 Until German reunification in 1989, development cooperation between Cuba and Germany was tense. On the one hand a close cooperation between Cuba and the GDR and on the other hand the resulting critical attitude of the FRG. The Cuban Revolution in 1959 brought the new socialist Cuba and the GDR closer together. Not only did they share an ideological kinship, but they also suffered from similar economic challenges. From the initial development aid in the areas of secret service, administration and police, which were to be designed according to real socialist models, close economic cooperation soon developed. This allowed the two states to exchange products that would otherwise have been denied them by the US embargo. At that time around 85% of all Cuban imports came from the GDR or USSR. Of particular interest to Cuba in this context was the importation of machines, technologies and entire factories that were urgently needed for the modernization of the country. In return, the GDR received currency-saving access to tropical fruits and sugar, as well as a preferential price for nickel. However, it was quickly recognized that importing technologies without the necessary know-how was not enough. In the 1970s, an exchange of workers and students began so that they could be trained in the GDR. In the course of the next 20 years, more than 30,000 young Cubans were sent to East German combines for training. Since many of them were trained in the textile industry, an industry that was almost non-existent in Cuba, they were only met with poor employment prospects when they returned. Although a large part of their wages was transferred directly to the Cuban state budget, many of the contract workers decided to stay in the GDR even after their training. Together with the efforts of an international socialist youth and student exchange, this led to a lively cultural exchange in the following period.1 With the fall of the Soviet Union and the reunification of Germany, this relationship changed fundamentally. While the last GDR government had decided on complete debt relief in the summer of 1990 in view of the economic crisis in Cuba, a little later the unified Germany insisted uncompromisingly on repayment of the money. The result was diplomatic tension and the breakdown of all official relations.2 In the course of this, the Cuban government also demanded the return of all guest workers to their socialist homeland, which was later canceled in 2003 on the initiative of Cuba.3

Much of the development cooperation between Cuba and Germany is regulated by the state. Although bilateral development cooperation was discontinued in 2003, there are numerous development aid projects from Germany. In the sectors of climate change, environmental protection and renewable energies, funding programs of the Federal Republic support the Caribbean island. The central pillars of the bilateral relationship are diverse cultural collaborations, collaboration in science and research, as well as academic exchange programs through the German Academic Exchange Service (DAAD).4  Cooperation between the two countries is primarily carried out through the German Society for International Cooperation (GIZ), the Federal Ministry for Economic Cooperation and Development (BMZ) and the Reconstruction Loan Corporation (KFW). In April this year, the Federal Ministry for Economic Cooperation reformed development cooperation with Cuba with the “BMZ 2030” program. The reform program includes topics of climate protection, as well as health policy and digitization. Due to poor progress in good leadership policy, compliance with human rights and the fight against corruption, Cuba is no longer part of the development program. Despite this measure, the BMZ did not end its cooperation with Cuba, only changed the type of cooperation. The focus for cooperation with Cuba is now on the part of the church and civil society, as well as the EU and the private sector.5,6 Numerous funding programs for Cuba have been developed on the part of the German Society for International Cooperation (GIZ). For example, the “Cool Contributions fighting Climate Change (C4)” program launched by GIZ in 2016 supports the dissemination of climate-friendly cooling strategies for countries in particularly hot climates. The project enables financial support, political advice and the establishment of expert groups in Cuba.7 The environmental project on the reduction of ozone-depleting substances, which GIZ has been funding since 2018, pursues similar goals and cooperation strategies. In the course of this program, sustainable cooling solutions are to be promoted through innovative pilot projects in Cuba.8 Triangular cooperation between Mexico, Cuba and Germany promotes the expansion of renewable energy sources in Cuba. Under the title “Sustainable use of green energy”, the BMZ is supporting the environmental program in cooperation with numerous Cuban and Mexican ministries through the exchange of knowledge and training events.9 The Federal Ministry of Finance has launched the “Privatization Advice” funding program under the leadership of GIZ. In the course of this funding, state-owned companies are to be privatized and improved through training,  restructuring of Cuban companies and management consultancies.10 “Sustainable and climate-friendly Exemplary support from Cuba by the Kreditanstalt für Wiederaufbau (KFW) is the infrastructural reformation of the IT network in Cuba. Through continuous training of Cuban IT specialists by German expert groups, international software standards should find their way onto the Caribbean island.11 The German Federal Government is currently working closely with Cuba and other Latin American countries to combat the corona pandemic. The focus is on the exchange of knowledge to contain Covid-19, as well as the assurance of drugs and vaccines.12

Due to bureaucratic hurdles, private development cooperation between companies from Cuba and Germany is low compared to other South American countries. In 2018, the opening of the German Chamber of Commerce in Cuba laid an important cornerstone for economic development cooperation between the two countries. The agency, previously headed from Mexico, is now based in Havana. The Chamber of Foreign Trade supports the German economy in investment projects and economic transactions on the Caribbean island.13 In addition, the German Office for the Promotion of Trade and Investment in Cuba supports companies in both countries in opening up new markets.14 The non-governmental organization Similar to GIZ‘s funding programs, KarEn tries to facilitate the energy transition towards a sustainable energy supply in Cuba. Business development projects in Cuba are implemented primarily through financial donations.15 The private „Friedrich-Ebert-Stiftung“ (FES) has been working in Cuba since the 1980s and has implemented numerous private-sector projects. The FES project work focuses, among other things, on sustainable development models, the labor market and social and economic policy.16

Cooperation with the EU

The EU has been one of Cuba‘s most important foreign policy partners since the 1990s. Despite its political distance from the Castro regime, it filled the vacuum that remained after the collapse of the Soviet Union and is now the largest investor on the island. In addition to promoting trade relations with European companies, development cooperation plays a decisive role in this relationship.17 Since 2008, the EU has also been taking on more and more parts of what was formerly state development cooperation. In a program from 2008 to 2014, almost 90 million euros were invested in the areas of food security, disaster control and relief, and an early warning system for hurricanes. In the phase from 2014 to 2020, these areas were supplemented by a commitment to the more efficient use of renewable energies and funded with a volume of 50 million euros. The cooperation now focuses on three key aspects: 1. Sustainable agriculture with the aim of food security, 2. Monitoring climate change and support for sustainable development, and 3. Support for economic and social modernization. An important tool in achieving these goals, apart from direct investments, is above all training cooperatives and advanced training seminars.18 Cooperation going beyond this takes place not only in the common fight against drug smuggling but also in a multitude of cultural initiatives. The European exchange program ERASMUS + and should be of outstanding importance here. In addition to cultural exchange, this is also intended to promote the preservation of one‘s own cultural heritage (in a built and lived form).19 The basic requirement for this development cooperation is mutual acceptance of methods and goals. All programs must inevitably be in line with the political priorities of the Cuban government, the „Lineamientos“.

Despite its own economic problems, Cuba itself supports developing nations in Latin America and Asia in the medical field. In the past 30 years, for example, there has been a large number of programs that have given disaster victims free medical treatment in Cuba. Thanks to a very high level of training, Cuba also lends skilled workers abroad for a fee. These are mostly medical professionals who are sent to disaster areas with a contract term of around 2 years or who help maintain basic medical care in neighboring South American countries. Cuban teachers are used in the same system throughout Latin America.20 The host country pays between 2500 and 4000 dollars a month for a doctor or teacher (prices vary depending on diplomatic relations), 90% of which is transferred directly to the Cuban state budget become. This makes it one of the most important sources of foreign exchange income in Cuba.21