According to the Koppen-Geiger climate classification map (Beck et al. 2018 ), Cuba experiences three major climates across its territory. Savannah (also referred to as Wet and Dry Tropical) climate is by far the most predominant. This is followed by Monsoon Tropical climate and Tropical Rainforest climate which are experienced at micro- scale localisations in […] 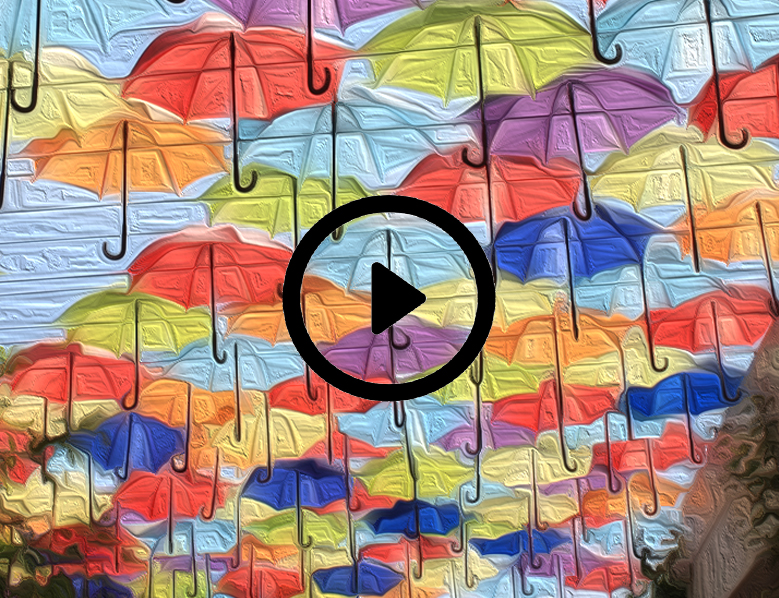 According to the Koppen-Geiger climate classification map (Beck et al. 2018 ), Cuba experiences three major climates across its territory. Savannah (also referred to as Wet and Dry Tropical) climate is by far the most predominant. This is followed by Monsoon Tropical climate and Tropical Rainforest climate which are experienced at micro- scale localisations in proximity to mountain ranges and tradewind coasts. Under the Savanna climate, Cuba experiences two distinct seasons: wet season, running from late April to early November (summer), and dry season from late November to early April (winter). Summers  are hot and humid with substantial rain and the average high temperatures of 32°C. Winters are warm and relatively dry with the average low temperatures of 20°C. Due to trade winds and topography of the island, the Cuban winter is more noticeable in the western half of the island than in the eastern half. Throughout the entire year, Cuba enjoys plenty of sunlit days with an average of 11 sunshine hours per day. The hurricane season lasts from July to November, with the peak of storm activity happening during September and October (INSMET n.d). The Monsoon and Tropical Rainforest climates, exist in Cuba as localised micro-climate phenomena and are located in proximity to mountainous areas and along the tradewind coasts. The Monsoon climate is associated with the seasonal reversal of the wind and can therefore be  localised along the coasts and slightly higher altitudes. Here, the precipitation is concentrated in the high-sun season from May to September with a higher humidity than in the rest of the country.  The Tropical Rainforest Climate is characterised by a year-round wet (summer) season with frequent and heavy rains and high humidity.  The day-night variation in temperature is much larger than that in the areas experiencing the Savannah climate and larger than the yearly variation in day temperature. Annualy however, the  daytime temperature remains constant throughout. The main factors influencing the climatic conditions of Cuba are the trade winds, latitude, and water surrounds.

Publishers comment: The author of this article did not work with quote notes. The last pages provide the reader with a list of sources on which this article refers.

Cuba is located at the Tropic of Cancer, a line of latitude running at approx. 23.5° north to the equator at which the sun‘s angle is perpendicular to the ground at local noon (Encyclopedia Britannica n.d.). This conditions the reception of high values ​​of solar radiation throughout the year.

Cuban climate is strongly affected by prevailing trade winds. These are persistent winds blowing in the westerly direction over the Atlantic Ocean: a result of air temperature differences across the globe and Earth‘s rotation. They produce partly cloudy sky conditions or clear skies that make trade-wind islands popular tourist resorts (Encyclopedia Britannica). Their presence is significant. They blow steady and strong throughout the year with a slight seasonal change in direction in the wet season where they may be more irregular. The circulation of these winds can be interrupted by local atmospheric systems which generate breezes. These are localised mainly near coastal areas. On the north coast, daytime  breezes blow from the north-eastern direction reinforcing the trade winds. On the south coast, they blow from the south-east. Their direction is reversed at night time (Claro et al.).

The four mountain ranges are predominant factors for the creation of the Monsoon and Tropical Rainforest micro-climates. This is due to relief precipitation. As the trade winds arrive from the north-east and encounter a mountain barrier, the warm air is forced to a higher elevation. As it rises, it cools and condenses to release rain. (fig. 6). As a result, the northern slopes of the mountains receive the highest precipitation annually. Upon reaching the leeward side of the ridge, the air has lost all its moisture and hence little to no precipitation occurs. The west side of the Bay of Guacanayabo would be an example of the area that receives rain shadow and hence experiences arid, dry condtions.

The ocean currents around Cuba are predominately caused by shallow water bed and persistent trade winds which drag seawater along. Strong currents can be observed along the coastline which leads to erosion of coasts.The Carebbean is also the origin of Gulf Stream which drags warm masses of water across the Atlantic. The position of Cuba at the entrance to the Gulf of Mexico, prolonges the presence of these water bodies near its coastline and contributing to local humidity.

Cuba, being an island, is surrounded by a body of water. This has an important effect on the constant yearly temperatures. The warm waters of the Cuban archipelago contribute heat and humidity. In addition, since land surfaces warm and cool faster than water bodies, they often quickly modify the temperature and density characteristics of air passing over them, having a cooling effect in summer and a heating effect in winter (Britannica). For this reason, there tends to be less temperature fluctuations near coastal areas. The average seawater temperatures lie in the range of 23 -29°C (weather-atlas).

Significant part of the island lies at sea level elevations (1 - 80m a.s.l.) except for it‘s three mountain ranges Sierra del Rosario in the northwest, Escambray in the central region, and Sierra Crystal in the southeast part of the island. Generally, the higher the elevation, the less heat can be held by the atmosphere. Upper regions are therefore slightly cooler in temperature than lower lying terrain.

According to annual weather and climatic data issued by INSMET, Cuba enjoys warm temperatures of 29°C-32°C on average with numerous sunny days. The wet season from May to October is hot and humid with heavy rainfalls while the dry season running from November to May, is slightly cooler and relatively dry. The average winter temperature falls in the range of 17-27 ºC. Overall, the annual temperature is quite constant with little fluctuations: an effect of trade winds and breezes which help maintain the yearly temperature within tolerable limits. Cold northern winter fronts can see the temperature drop to a low of 10 ºC

Owing to the close position to the Tropic of Cancer, Cuba receives high value of radiation all year round (3000hrs )with an minimum of 11 hours of sunshine per day. The highest water temperature is determined in July with an average 29.70 °C, while it‘s lowest temperature of 23 °C can be observed in March.

The annual relative humidity average is high with a maximum level of daily humidity of over 90% occuring at sunrise. Minimum relative humidity descends to 50-60% at noon in inland regions. Coastline areas tend to have higher humidity values due to their proximity to water.

The annual rainfall ranges between 1088mm and 1400mm in most of the lowland areas of Cuba. The wettest areas in the country are the northern slopes of the mountains which receive 3000mm of rain annually. Their leeward side receives a quantity that is below national average (INSMET). The summer season supplies approximately 80% of the total annual rainfall with the most precipitation (177mm) usually recorded in September as a consequence of frequent storm activity. The driest month is March, with approximately 44mm rainfall. Rainfall tends to be frequent and of short duration (climate-data.org).

Due to its geographical location across the entrance of Gulf Stream, Cuba is exposed to tropical cyclones. These are intense, rotating, low-pressure weather systems that form over the tropical or subtropical waters (NHC n.d). The warm sea temperature surrounding the island of Cuba creates a favourable condition for the formation of these storms. The tropical cyclone can be classified as hurricanes, tropical storms or non-tropical depressions depending on its sustained wind (Neumann 1993). The Cuban hurricane season occurs during the wet season, from 1 June to 30 November with a peak of hurricane activity occuring in mid-August to late October. Fig 11 displays the point of origin of hurricanes in the Carrebeans between 1851 to 2015, for the month of May and September. Hurricanes cause many other hazards such as highly severe wind, heavy rainfall and waves as well as flooding.  For instance, Hurricane Ike 2008 which was recorded as one of the most harmful hurricanes, caused extensive damage across parts of the northwestern Gulf Coast.

Droughts are also a prevalent risk in the Cuban archipelago because of the lack of substantial inland water sources or reservoirs. Fig.10 depicts the spatial distribution of accumulated rainfall in the November 2019 - October 2020 timeframe. Cuba‘s water sector is very vulnerable to water insecurity as rainwater is its only water source. Approximately 10% of the Cuban national terrain is exposed to meteorological droughts. The eastern half of the country, especially the provinces of Las Tunas and Guantánamo, are most affected (INSMET 2020). Likewise, between 2003 to 2007 eastern Cuba suffered a prolonged drought resulting in extensive agricultural damages and increasing food insecurity among the population. This devastating drought was punctuated by the most destructive hurricane season ever recorded in Cuban history. The damaging droughts were observed again in 2014-2015. Fig. 12 depicts the occurance of droughts over the last 60 year period. Their presence is likely to sustain and increase in force as global warming continues.