Housing plays an integral part in our everyday lives, and has the ”unique capacity to define urban form and the character of the city”  Generally, Social Housing is understood as a residential project for those who could not otherwise afford accommodation, which is either built by the government or a non-governmental organisation. Residents can purchase […] 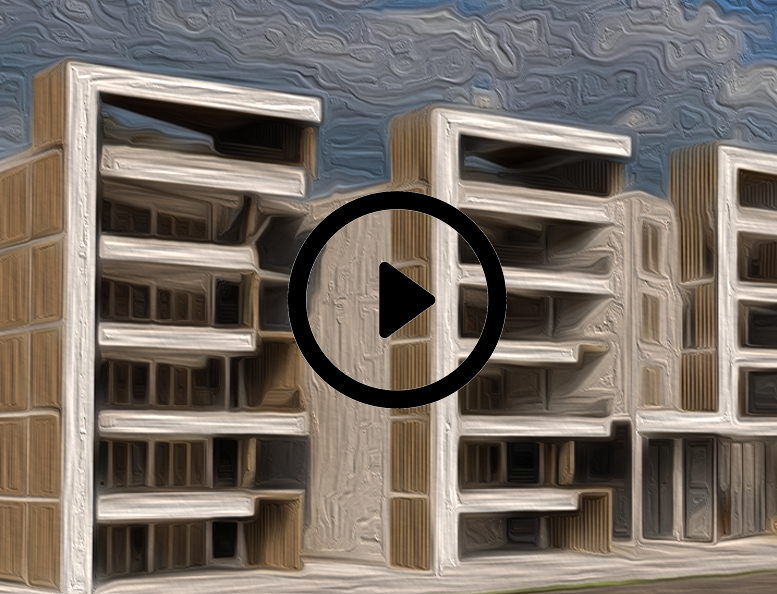 Housing plays an integral part in our everyday lives, and has the ”unique capacity to define urban form and the character of the city”  Generally, Social Housing is understood as a residential project for those who could not otherwise afford accommodation, which is either built by the government or a non-governmental organisation. Residents can purchase units, rent them at subsidised prices, or be given them. However, the current understanding of social housing is constantly changing. The definition is far removed from its original meaning, and now includes a wider range of residential types. In Europe, the term “social housing” varies across the continent. In Britain it is called “social housing”, in France, “housing at moderate rent” (habitation à loyer modéré), while in Denmark it is “common housing”, Austria “people’s housing”, and in Germany it is called “housing promotion”. The changing views and terminology around social housing shifts with changing politics, “with housing seen as something earned, to being a universal right and back again”. Architects today are reengaging with the topic of social housing, after years of it being marginalised.

Habana del Este is a social housing complex built between 1959 and 1961. It was constructed as part of a housing programme funded by the National Lottery. The project was designed by a group of young architects and self-taught urban planners, namedly Mario González, Hugo D´Acosta-Calheiros, Mercedes Alvarez, Reynaldo Estévez, and others. The estate was built under the guidance of Roberto Carrazana. It has been called the ‘best’ Cuban social housing complex. The Unidad No. 1 building, later called ‘Ciudad Camilo Cienfuegos’ at Habana del Este was declared a national landmark in 1991. The scheme was designed for roughly 8000 people, with 1306 units comprising of four-storey walk-ups (three different types) and 11-storey towers (two types). It is surrounded by large avenues, but with minimal vehicular traffic within the estate. The urban space is totally pedestrianised. The services are concentrated in one area and the sports facilities are located in the center of the complex. The buildings are well constructed, and have aged well. They are loved and well looked-after by their residents.

This social housing scheme, called “Progressive Social Housing with the use of Ferrocement“ is a complex of buildings dedicated to house professors of the Technological University of Havana Jose Antonio Echeverria CUJAE in Havana, Cuba. It has 6 storeys, one of which is dedicated to  the underground parking. The design combines public spaces with housings and services. The proposal is composed of several housing blocks, connected by bridges. Vertical circulation is made possible by five stairways set at different points of the complex.  The are between 13 and 17 apartments per floor, with a total of 72 units in the complex, and it is intended for between 229 and 253 inhabitants. There are a number of different types of units, which allow for the growth and modification of the home, as a family grows or shrinks in size.  Additionally, we have interviewed a number of Cuban students about their personal housing experiences in Havana. Interesting to note are the following; all households own their own homes, they all know their neighbors and feel that there is a strong sense of community. Only a few have done alterations, and these have been minor. A number of them are examples of social housing (both old and new). The case can be found at the end of the document.  Cuba is a unique context in terms of housing within Latin America and the Caribbean.  ‘“The Revolution from its beginnings, was directed towards the clear social objective of satisfying the housing needs of the Cuban people“ Some believe that Cuban architecture built in the last six decades illustrates the real effort made by the government since the Revolution to ensure that each family has access to decent housing.   Tracing the different laws on housing has provided insight into the legacy of social housing and politics in Cuba. The current real estate market in the country is challenging to any ordinary citizen in search of their first home. The market prices in both sectors (swapping and buy & sell) are far beyond what an average person can afford. But, as this emerging cuban real estate market develops, it will hopefully grow into a successful system.  However, though these changes do help, there is still a massive shortage.The government is not able to produce enough social housing quickly enough, and the housing that they have produced in the past has been unliveable and, frankly, unloveable. Additionally, there is not enough maintenance, let alone repairs and renovations on the existing housing stock. Governments around the world put a huge amount of effort and expectation into new housing developments, which each year only equate to a tiny percentage of the housing in any given country. We often think the only solution is to build more, but what about the housing that has already been built? One option might be to look into “using new design approaches to find more intelligent ways of unlocking existing capacity.”  The government might also look into alternative forms of housing. There exists a real intelligence, resourcefulness, and adaptability in Cuba’s residents, especially when it comes to their homes. “People have always had an instinctive knowledge of how to build, but all of this has been casually forgotten by modernist typologies that falsely claim exclusively rational „scientific“ validity.” Might we see new more mixed forms of housing in the future? And as the government continues to build social housing schemes, we hope that they include small-scale, iterative projects that focus on user participation, local materials, and (when possible) for new developments, inner-city locations. Through this they may just realise the full power that architecture has; that of improving the lives of its users, and creating urban environments that are truly loved by the people who inhabit them.